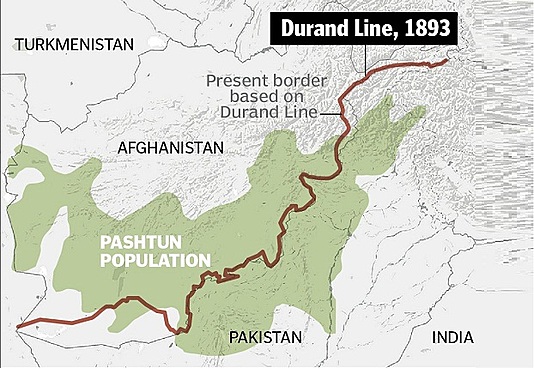 Whereas certain questions have arisen regarding the frontier of Afghanistan on the side of India, and whereas both His Highness the Amir and the Government of India are desirous of settling these questions by friendly understanding, and of fixing the limit of their respective spheres of influence, so that for the future there may be no difference of opinion on the subject between the allied Governments, it is hereby agreed as follows:

1. The eastern and southern frontier of his Highness’s dominions, from Wakhan to the Persian border, shall follow the line shown in the map attached to this agreement.

4. The frontier line will hereafter be laid down in detail and demarcated, wherever this may be practicable and desirable, by joint British and Afghan commissioners, whose object will be to arrive by mutual understanding at a boundary which shall adhere with the greatest possible exactness to the line shown in the map attached to this agreement, having due regard to the existing local rights of villages adjoining the frontier.

5. With reference to the question of Chaman, the Amir withdraws his objection to the new British cantonment and concedes to the British Governmeni the rights purchased by him in the Sirkai Tilerai water. At this part of the frontier the line will be drawn as follows:

From the crest of the Khwaja Amran range near the Psha Kotal, which remains in British territory, the line will run in such a direction as to leave Murgha Chaman and the Sharobo spring to Afghanistan, and to pass half-way between the New Chaman Fort and the Afghan outpost known locally as Lashkar Dand. The line will then pass half-way between the railway station and the hill known as the Mian Baldak, and, turning south-wards, will rejoin the Khwaja Amran range, leaving the Gwasha Post in British territory, and the road to Shorawak to the west and south of Gwasha in Afghanistan. The British Government will not exercise any interference within half a mile of the road.

6. The above articles of' agreement are regarded by the Government of India and His Highness the Amir of Afghanistan as a full and satisfactory settlement of all the principal differences of opinion which have arisen between them in regard to the frontier; and both the Government of India and His Highness the Amir undertake that any differences of detail, such as those which will have to be considered hereafter by the officers appointed to demarcate the boundary line, shall be settled in a friendly spirit, so as to remove for the future as far as possible all causes of doubt and misunderstanding between the two Governments.

7. Being fully satisfied of His Highness’s goodwill to the British Government, and wishing to see Afghanistan independent and strong, the Government of India will raise no objection to the purchase and import by His Highness of munitions of war, and they will themselves grant him some help in this respect. Further, in order to mark their sense of the friendly spirit in which His Highness the Amir has entered into these negotiations, the Government of India undertake to increase by the sum of six lakhs of rupees a year the subsidy of twelve lakhs now granted to His Highness. 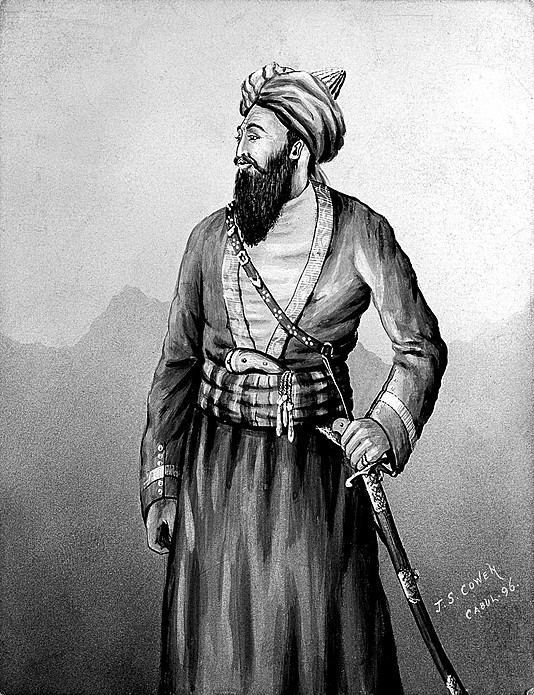 Treaty between the British Government and His Highness Ameer Dost Mohummud Khan, Walee of Cabool and of those countries of Afghanistan now in his possession ; concluded on the part of the British Government by John Lawrence, Esquire, Chief Commissioner of the Punjab in virtue of full powers vested in him by the most Noble James Andrew, Marquis of Dalhousie, KT, andC., Governor-General of India; and on the part of the Ameer of Cabool, Dost Mohummud Khan by Sirdar Gholam Hydur Khan, in virtue o...